Life in black and white


In the second half of January 2014 the sixth edition of the MENAR Film Festival for Middle Eastern and North African cinema took place in Sofia. Angel Hadzhyiski and Zdravko Grigorov, the organizers of the festival, were the special guests of the fourth event of the programme which took place on 1 February at the “Red Hall” of the Red House. Without any surprise this event turned out to be a hit in terms of the number of attendees so far. More than 30 participants from 8 nationalities participated: Syria, Palestine, Lebanon, Afghanistan, Iraq, Iran, Somalia and Côte d’Ivoire. 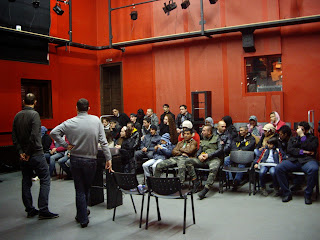 Angel and Zdravko opened the event with a presentation of the movies which were about to be screened: the Bulgarian co-production “The World Is Big and Salvation Lurks around the Corner” (2008) and the Jordanian movie “When Monaliza Smiled” (2012), nominated for “best movie” at the Dubai International Film Festival. The two guests talked about themselves, about the MENAR Film Festival and their interest in Middle Eastern culture. Angel has graduated in Turkic studies and Zdravko in film studies. While working as movie translators, they noticed a lack of movies from the Middle East in the local movie theatres. Therefore, they established the festival with which they aim to present Middle Eastern culture to Bulgarians. “We find this an exotic culture, but I personally find it much closer than the French one, to take as an example”, Angel says.

First we screened the Bulgarian movie, which as Zdravko explained, presented a story from the recent totalitarian past and followed the refugee fate of a Bulgarian family, which reached more than 30 years ago, putting the emphasis on its consequences on family links and identity, and on the transition in time and space. 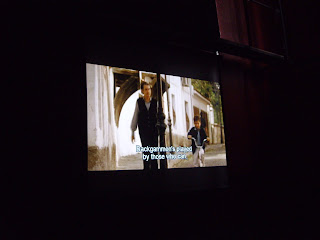 After the movie Nasrin* shared that she was most impressed by the grandfather's advice to his grandson that even throwing dice depends on man, and that chance has no place in this activity. Zahira on her part drew attention to the difficult life of refugees and their constant desire to return to their birth places, even after 20 years of exile. There was also an interesting observation on the meaning of an event at the end of the movie when the “same dictator” from the 1970s was smiling from a billboard saying “For a New Bulgaria”. 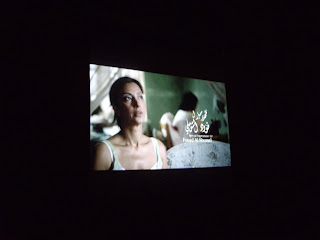 In-between the two movies the group could enjoy a lunch donated by Aladin Foods Ltd. The tasty food disappeared within minutes and served as an energizer for “When Monaliza Smiled”. The romantic comedy made many laugh, sigh, exclaim and stare at the screen for the remaining hour and a half of the event, devoted to the white from the black and white moments of life.

* The names of the participants have been changed for security reasons.