Get to know the city, and start loving it

The eighth event of the cultural orientation programme for asylum seekers and refugees took place on June 22, and was devoted to getting to know the past of the city that has become a new home for the 25 participants from Syria, Iraq, Afghanistan, Iran, Somalia, Palestine and Cameroon.

The atmosphere of the event was skillfully maintained by the energetic guide Martin Zashev from 365 Association. We started the guided tour from one of the central topoi in the participants’ existence: the Banya Bashi Mosque. It served as a starting point for building a bridge between the different cultures. We were standing in the so-called square of tolerance, marked by the religious temples of four different faiths. Martin gave examples of the peaceful and enriching co-existence between Christians and Muslims within the Bulgarian lands, and after making a wish to more often come across examples of tolerance, we headed for the next stops from the programme. 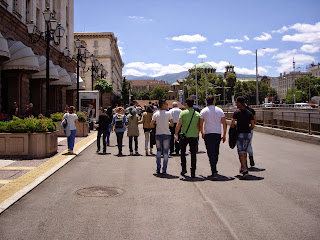 In front of the former King’s Palace, Martin played a game, in which he managed to tell 100 years of Bulgarian history in a comprehensible and funny way within 10 minutes. The participants stepped into the shoes of prince Alexander of Battenberg, czar Ferdinand I, his wife the Italian Princess Marie Louise, their son czar Boris III, and grand-son czar Simeon. Going through the stormy historical events that marked the life of the whole royal family, Martin put the stress on the mysterious death of czar Boris III, the rule of the infant czar Simeon II, the coming to power of the communist party in 1944, the end of its supremacy in 1990, and the subsequent coalitions between the historical rivals: the socialists and the exiled by them czar Simeon II. 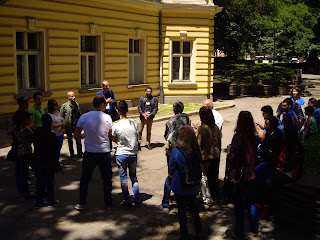 One of the most impressive moments according to the feedback from the event was the story about the ancient “St. Sophia” church, which intrigued the group with its external bell and with the story about the name of the capital originating from the name of the church. The Church was the highest point of the Roman settlement Serdica more than 15 centuries ago. It served as a landmark for travelers and merchants and as a symbol of the surrounding area, thus naturally turning into its “God-mother”.

After the guided tour, Maritsa Kolcheva, the founder of photo gallery “Rubber”, disclosed a tiny bit of the secrets of photography in the Sofia University Cultural Centre. She presented contemporary and classical examples of photographs from great and established authors. Photography tells stories which we would not be able to hear otherwise; it creates images of things in the world. In this sense, the most banal things can be the most interesting ones. In addition, photography is a matter of composition and most of all, a game of shadows and light. 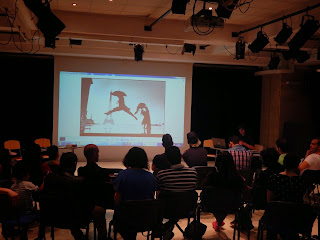 We ended this special day in style, with a transition to the final event: a photo exhibition of pictures taken by the participants. In line with this, we distributed cameras as presents to the most deserving and regular attendees throughout the programme. With a smile on our faces, we remembered each event, looking at pictures capturing our shared experiences. We finished the day with an award ceremony with certificates for participation for the active involvement of those present.